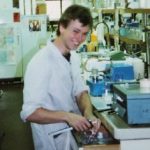 My research centres on the mechanisms that microbes use to adapt to anthropogenic chemical stresses. This encompasses ‘environmental’ problems such as pollutant bioremediation, but also ‘clinical’ problems such as the evolution of multiple antibiotic resistance elements. My work has revealed novel organisms, genes, and processes of fundamental importance to biogeochemistry, and applied significance for bioremediation and biocatalysis. 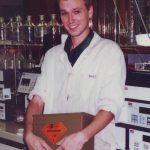 My lab has developed new cloning vectors for Pseudomonas and Mycobacterium, and used these to express previously ‘unclonable’ monooxygenase (MO) enzymes from mycobacteria, including the ethene MO (EtnABCD), the butane MO (HmoCAB), and the ethane MO (SmoXYC1B1Z). Our 2011 paper (ISME J) on expression of the butane MO from Mycobacterium NBB4 was the first example of a copper-containing membrane MO (CuMMO) that does not have methane or ammonia as its primary substrate. 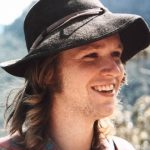 We were the first to demonstrate the activity of a chromosomal integron in a wild-type bacterium, and to experimentally define the Pc promoter of this kind of integron. I devised a novel method for constructing linear gene cassette arrays in vitro using multiple displacement amplification, and we showed that these cassette arrays were taken up at very high frequency by natural transformation in Pseudomonas stutzeri. This was the first evidence for simultaneous natural transformation and integron recombination, which may be important for gene transfer in nature. 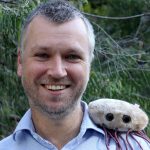 The organochlorine compounds vinyl chloride (VC), cis-dichloroethene (cDCE), and 1,2-dichloroethane (DCA) are toxic and recalcitrant pollutants. I determined the genetic basis of VC biodegradation in bacteria, and showed that the genes responsible were carried by linear megaplasmids. I isolated and characterized the first (and still only) organism capable of growth on cDCE  (Polaromonas JS666). This work changed our thinking about the environmental fate of chlorinated ethenes. 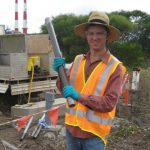 My lab has been working with industry partners to solve the problem of organochlorine pollution at the Botany Industrial Park in south Sydney. We have developed a qPCR assay specific for the dhlA gene, which allowed us to map DCA degraders in groundwater, and track their abundance in a membrane bioreactor. We have discovered a 35 kb plasmid found in DCA degraders at the Botany site – this is the first complete sequence for a DCA catabolic plasmid.

Seven of my bacterial isolates have been selected for genome sequencing by the U.S. Joint Genome Institute (JGI). These include Polaromonas JS666, Nocardioides JS614, and Mycobacterium strains JS60, JS617, JS623, NBB3 and NBB4. 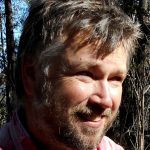 Analysis of these genomes is ongoing, and will give insights into the evolution of xenobiotic-degrading bacteria, and the environmental roles of the genus Mycobacterium.

I have led University of Sydney teams in the International Genetically Engineered Machine Competition (iGEM) from 2013-2017, which have included projects on biodegradation, biocatalysis, and biosensors. 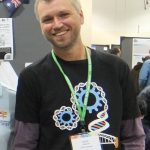 In 2015, we were nominated as finalists for Best Model, Best Human Practices, and Best Outreach, while in 2016 we won Best Food and Nutrition Project and Best Entrepreneurship, and were  placed 2nd overall out  of 158 undergraduate teams.